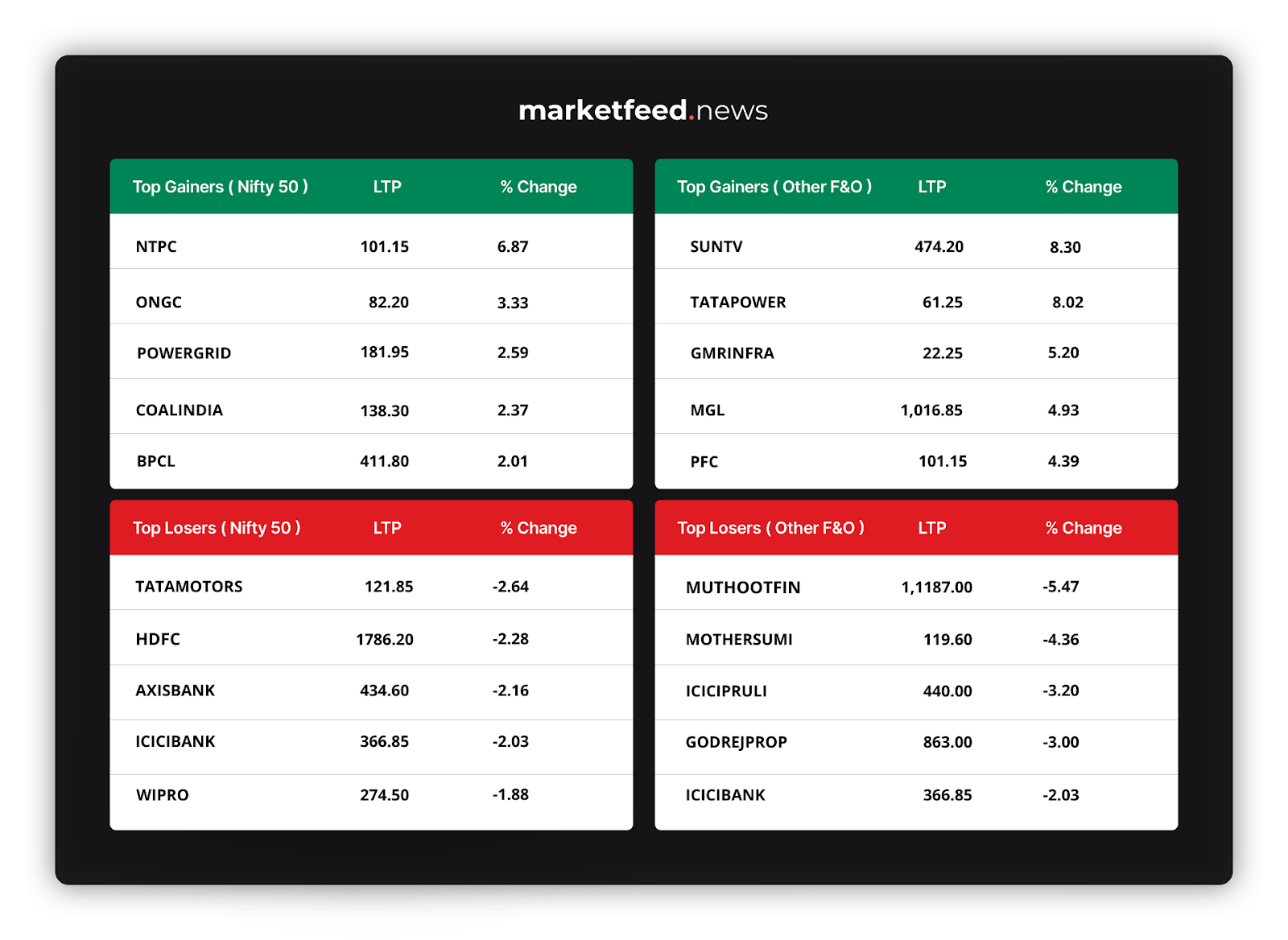 The markets ahead seem to be a bit tougher than it was till now. The rejection of price levels of Nifty at 11,500 had certainly caught my attention. Hope you got an idea too when I shared that observation with you here yesterday. But every market participant would have been confused with the global fall due to the negative outlook from the US Federal Reserve. Is it a wake up call for the stock market, that this rally is just based on the blind belief that things will get better soon? Or is it nothing more than noise considering that the stock market generally tolerates falls in growth figures, as long as it is expected? A global slowdown in economic growth is expected for the coming quarters, but the call about if this should affect the stock market is left to you.

News Shots Hero MotoCorp has launched an all-new XPulse 200 4 Valve bike priced at Rs 1.28 lakh (ex-showroom Delhi). The bike is a powerful addition to the company’s X-range of the premium portfolio. Oberoi Realty reported over two-fold jump in its sales bookings at Rs 828.52 crore for the quarter ended September on improved […]

What Can Affect the Markets Next Week?

Nifty had one of the best rallies since June last week. IT stocks and Bank stocks pushed up the index last week. Let’s see what all might move Nifty next week. Nifty vs 12,000 The 12,000 level is a strong emotional resistance for Nifty and the index is likely to see profit booking near this […]

Today’s Market Summarised Once again a day of consolidation in the market, but with a bearish bias. Nifty opened the day at 15,293 with a 100-point gap-up. But this level was not sustained, and the index fell slowly from there the whole day/ Between 10 am and 1 pm, Nifty consolidated in a 50-point zone […]

Global Markets Down! 14,500 to be a Strong Resistance? – Share Market Today

News Shots Tata Motors has denied the reports which claimed that they are partnering with Tesla to drive operations in India. Jaguar Land Rover reported a second successive quarter-on-quarter recovery in retail sales in 2020. The retail sales rose 13.1% to 1.28 lakh units from 1.13 lakh units in the preceding quarter but declined 9% […]

Major Fall in the US Markets! 13,500 not to be Sustained? – Share Market Today

News Shots There were multiple reports about DCGI denying emergency approvals of Serum Institute, Bharat Biotech COVID vaccines on the grounds of insufficient data and safety  concerns. But later, the Ministry of Health tweeted clarifying that these reports were fake. We had talked about both updates on yesterday’s Stock Market Show. Pfizer-BioNTech vaccine was approved […]

Today’s Market Summarised Today was a very decisive day for Nifty. The index was at fresh all-time highs at yesterday’s close and was getting unconfident of its own achievements. So when US markets closed in red, Nifty too was expected to fall. But the story was a bit more complicated than that. Thursday being the […]

Today’s Market Summarised Nifty ends the day flat after trading in a tight range for the weekly expiry! Nifty opened the day at 17,319 and mostly saw sharp movements. But even with the volatility, the index only traded in an 80 point range. 17,300 was tested at 12:30 PM, but the market recovered from there […]

Fake Positivity? US Down vs Asia Up + Technical Weakness – Share Market Today

News Shots Jubilant FoodWorks has announced American multinational chain of fried chicken restaurants ‘Popeyes’, to India. Canara Bank is organising an auction of 2,000 borrower properties in its possession. JSW Energy is planning to raise up to $1 billion(Rs 7,300 crore) in its first dollar bond sale. Looking to catch up with Adanis and the […]

Why Was The PayTM IPO a Flop Show?

India’s largest IPO in a decade has turned a flop show! One97 Communications Ltd, the parent company of digital payments app PayTM, lost 27% of its share price on the day of its listing. Domestic retail investors had high hopes on the Rs 18,300 crore IPO. Nevertheless, investors were left surprised when the shares were […]
Written by Maarg Vaidya November 22, 2021November 22, 2021

Go Fashion (India) Ltd IPO: All You Need to Know

2021 has been a record year for companies turning public. Go Fashion (India) Ltd, a leading women’s bottom-wear brand based in Chennai, has launched its IPO today— Nov 17. The company holds a nearly 8% market share in the branded women’s bottom-wear market in India. Let us take a closer look into the company and […]
Written by Cherian Varghese November 17, 2021November 17, 2021

Tata Steel, the steel giant, saw incredible growth this quarter in terms of profits, Q2FY22. In the second quarter, the steelmaker saw its revenue grow by ~62% YoY and ~13% QoQ. The revenue growth eventually resulted in a whopping ~660% growth over a year. In the current quarter, Q2FY22, the company scored a net profit […]
Written by Maarg Vaidya November 16, 2021November 16, 2021