Bulls continue to push the market up, with Banks outperforming after SBI results.

Nifty opened the day with a gap-up at 16,196 and was highly bullish.  Rallying up, the index found resistance first at 16,250 then found the day-high just below 16,300. From here power was lost and Nifty saw a bit of profit booking.

Financial stocks were the best performers in the market today. Bank Nifty, Nifty Finserv were the top-gaining sectors. Nifty Realty, Media and Auto fell while others consolidated in the red.

State Bank Of India reported Q1 standalone net profit of Rs 6,500 crores, up 1% from last quarter. Net Interest Income also rose less than 1% to Rs 65,554 crores. The bank shot up even after NPA rates increased, but results came above estimates.

Vodafone Idea once again crashed 19% to Rs 6, its lowest since June 2020. The stock is more than 50% down from its 52-week high made in January. Vodafone PLC said it has no plans to put in more funds to Vi. IndusTower(-6.9%) also crashed.

Along with this, banks that have given high loans to Idea remained weak. IDFC First Bank(-3.7%), PNB(-2.3%) and IndusInd Bank(-0.15%) closed in the red while Bank Nifty rallied. SBI was in the red in the morning, but went up after results were announced.

Competition Commission of India approves acquisition of the stake in PNB Housing by Carlyle Group. The stock closed in the 5% Upper Circuit.

Maruti fell after reporting that its plant in Gujarat to have a partial production impact in August due to the semiconductor shortage. 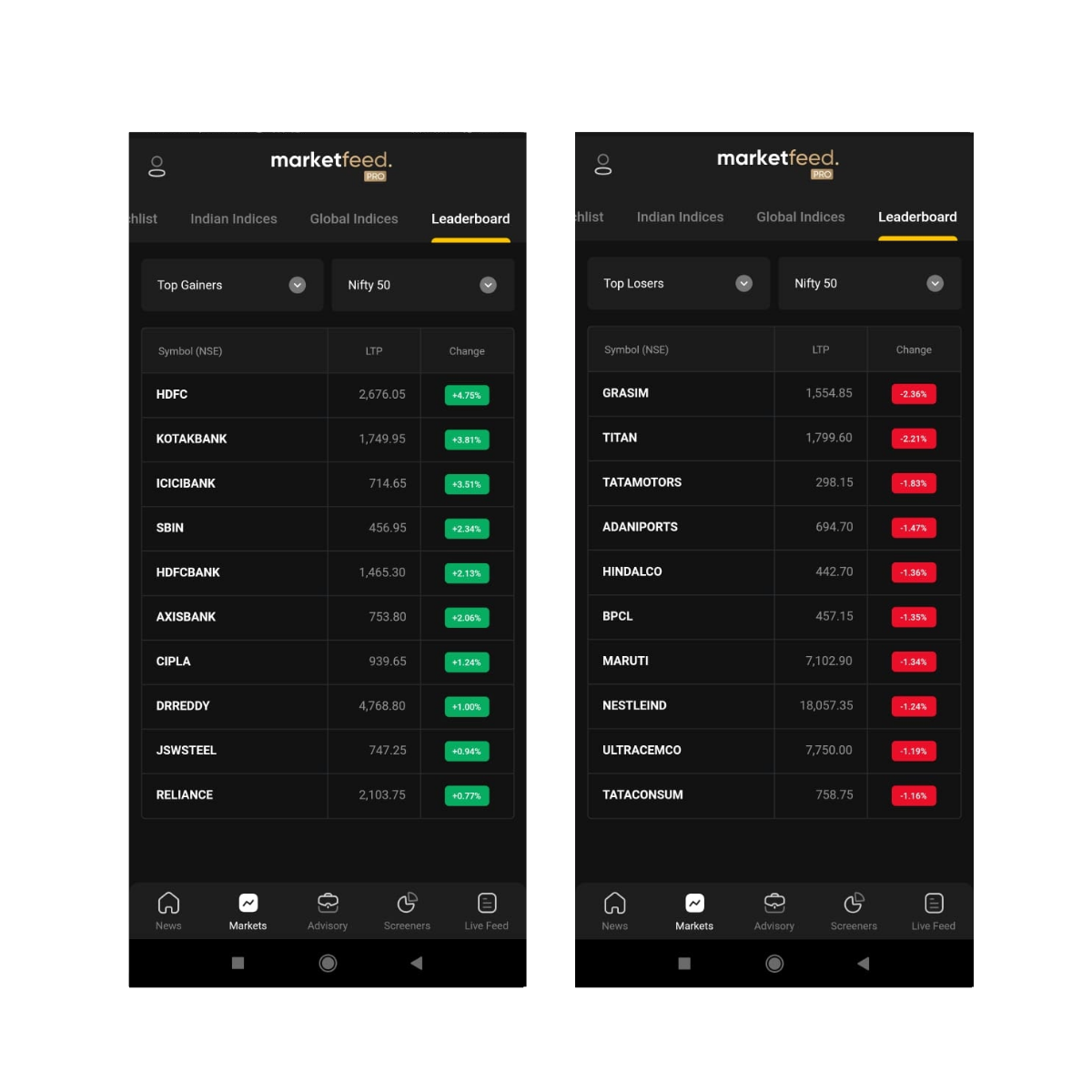 India’s July Services PMI came out at 45.4 vs 41.2 previous. The estimate was at 49. The general market saw heavy profit booking in the day. Banks were the ones mostly performing.

Nifty went on to touch nearly 16,300 today, as we expected yesterday. HDFC’s power continued and the stock gave Nifty a total of 50 out of 130 points today.

SBI’s results did indeed shake up the market and pushed Bank Nifty to nearly 5-month highs above 36,200. The strong close above 36,000 also shows that there may be more to come.

Midcaps and smallcaps suffered the most with both falling heavily. Smart money by investors were flowing out of these stocks and into heavyweight stocks like HDFC. Nifty SmallCap100(-1%) and Nifty MidCap100(-1.1%) opened with a small gap-up and then it was pure profit booking till the end.

Going ahead, 16,000-16,050 will act as strong support for Nifty. For Bank Nifty, 35,200 will form as good support in the short term. Some profit booking can be expected tomorrow, with weekly expiry creating a lot of volatility in the market.

Also be sure to keep away from banks with high exposure to Idea, at least until there is clarity regarding the future of the company. This includes IDFC First Bank, Yes Bank, IndusInd Bank and more.

We talked about the setup looking bullish yesterday. It continues to look the same for next week, but I expect some profit booking tomorrow. We will also have to see how Nifty performs when today’s performers cool down, as most sectors saw heavy selling today.

How does your portfolio look now that Nifty has touched nearly 16,300? Is it in the green, or in the red? Let us know in the comments of the marketfeed app!

Catch you all at The Stock Market Show sharp at 6:30 PM!

Today’s Market Summarised European markets closed 5-7% up, SGX Nifty touched 12,800 and amazing sentiments around the Covid-19 vaccine progress. Nifty was expected to open with a huge gap-up, but that did not happen. In fact, after a lower than expected gap, Nifty even formed consecutive red candles in the first minutes of the day. […]

Today’s Market Summarised Nifty had a very range bound session today. With high hopes riding on HDFC Bank, the stock failed to perform and the Nifty 50 saw very limited movement, as a result. But as we know, even when Nifty remained flat, individual stocks gave great movement. Nifty opened the day at 11,879 with […]

News Shots RBL Bank has been empanelled by the Reserve Bank of India (RBI) as an agency bank to conduct banking business for the central and state governments. India Cements reported an over two-fold jump in consolidated net profit at Rs 46.63 crore for the quarter ended June 2021. HeidelbergCement India entered into Power Purchase […]

News Shots Nazara Technologies lists on the market today. Nazara, backed by Rakesh Jhunjhunwala, would be the first gaming company to list in India. Dr Reddy’s expects the Russian vaccine Sputnik V to get approved by the Indian regulator in the coming weeks. Adani Transmission is in a pact with Essel InfraProjects (EIL) to take […]

Today’s Market Summarised Markets start the last week of the year in green trying to reverse the fall from Friday. NIFTY opened the day at 16,949 with a gap-down and quickly fell. But the initial fall looked like a bear trap and the market bounced back to day-high and above. It slowly went up to […]

Today’s Market Summarised Nifty recovers after morning fall and sees afternoon consolidation. Nifty opened the day flat at 16,646 and then fell nearly 100 points till 16,565. After 9:30 AM, Nifty started to move back strongly, breaking major resistance levels. It consolidated around 16,680 zone for a long while and after 2 o’clock marked a […]

An Analysis of Ashok Leyland

The Hinduja Group’s Ashok Leyland has produced some of India’s best buses and trucks over the past seven decades. From school buses to army trucks, the company continues to play a vital role in our country’s development. In this article, learn more about Ashok Leyland Ltd, the second-largest manufacturer of commercial vehicles in India. Ashok […]
Written by Cherian Varghese January 12, 2022January 12, 2022