A bearish day in the market with many of yesterday’s gains being lost.

All sectors except NIFTY MEDIA closed in the red. NIFTY FMCG and NIFTY FINSERV closed with a more than 1% fall.

UPL gained in the day and closed among the top-gainers in NIFTY 50. Parliament is looking to spend more than expected on fertilizer subsidies. Other chemical stocks also showed strength.

BPCL, ONGC and IOC closed in the green. The stocks are trying to gain back after the November fall.

PowerGrid fell in the day after closing as the top-gainer yesterday. Reliance also fell along with Kotak Bank, TechM and Asian Paints to close among NIFTY’s top-losers.

IEX had a stock split and gained 5% in the day.

Idea(+14%) shot up once again near closing time. The stock gained after the government returned bank guarantees worth nearly Rs 12,000 crores to the company.

Except for SunTV and Inox, all Nifty Media stocks closed in the green today. Network18, PVR gained more than 3% each while ZEEL gained 2.16%. 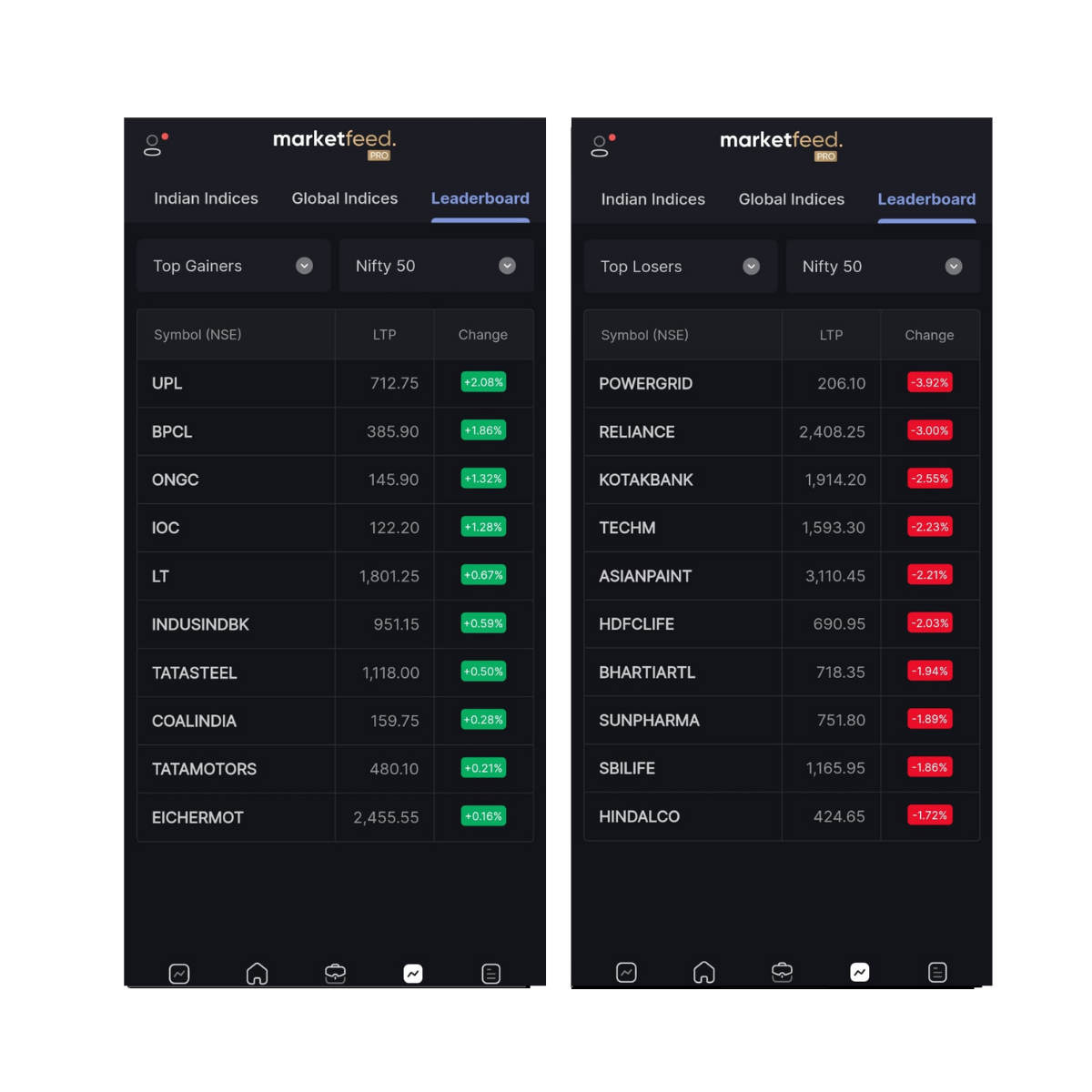 Reliance was the major contributor of bearishness to the market today. The stock is trading rangebound for many days now and took resistance at 2500 and support at 2400 today.

NIFTY is still in a sell on rise mood, with Foreign Institutional Investors continuing their heavy selling spree. DIIs are failing to keep up as funds are probably drying up as retailers book profits from mutual funds due to economic re-opening spending. You can read more about DIIs here.

NIFTY will only turn bullish now if it can break the high from last week. That level is somewhere around 17,600. The 50-day Moving Average is near 17,800. Both levels are important in the next phase of market movement.

For a bearish view, you can watch out for 16,980 intraday and a close under 16,800 for positional trades. The best way to shield yourself from this situation is to spread out investments as we have been discussing! Hope you had a profitable week!

Meet you all on The Stock Market Show at 7 PM on YouTube!

News Shots Welcoming you at a Healthy, Wealthy and Happy New Year!  The Subject Expert Committee is meeting today to study, discuss and approve Astrazeneca’s and Bharat Biotech’s COVID vaccines. Let’s hope to hear a positive approval news today itself. Ford have pulled out of the proposed joint venture with Mahindra and Mahindra. The deal […]

News Shots Manufacturing PMI in India fell to its lowest in three months (in November), which reflects a slower increase in sales and production. PMI has declined from 58.9 in October to 56.3 in November. Dr. Reddy’s Laboratories Ltd. and Russian Direct Investment Fund have commenced adaptive phase 2/3 clinical trials for Sputnik V vaccine […]

Today’s Market Summarised Nifty hits an all-time high for the 4th day in a row, and closes with strength. Nifty opened the day at 16,547 saw volatile consolidation for many hours. The index was trading in a 100 point range for most of the day where resistance was taken at yesterday’s high and support at […]

A Global Negative Trigger Now! Sharp Fall in the US – Share Market Today

News Shots Twin Star Holdings and Vedanta Netherlands Investments BV, the promoter companies of Vedanta, will be purchasing around 170 million shares at an offer price of Rs 350 per share, which is at a premium of 6.6 per cent to the last close price of Rs 328.35 apiece. Latent View Analytics, whose Rs 600-crore […]

Today’s Market Summarised  Nifty opened the day at 11,489 with a gap-up and traded below that level till after noon. Around 11am, after taking support at 11,440 level (yesterday’s close), Nifty started its upward journey fueled mostly by Banks. The index broke the 11,500 level with a strong green candle at 2pm and went on […]

News Shots Tata Chemicals is looking to sell its soda ash business in the U.S for $1 Billion(~Rs 7,500 crores) or more. Bharti Airtel’s rights issue of nearly Rs 21,000 crore was closed for subscription yesterday with a subscription of 1.44 times. Reliance Industries’ proposal to appoint Aramco Chairman as independent director gets shareholder approval. […]

Today’s Market Summarised Nifty opened the day with a bearish bias and could not move up no matter how much it tried. Even with Nifty’s heaviest member HDFC Bank moving up sharply, the index could not sustain above 14,450 and slipped to near 14,250 before 11 am. After consolidating and trading sideways, Nifty tried to […]

With Omicron and Lockdowns, is PVR in Trouble Again?

Cinemas have managed to stay afloat despite not being functional for a reasonable amount of time. As some of the movie theatres resumed operations from July 31, 2021, a rush of movies, coupled with a keen audience, managed to add to revenue for cinemas. PVR is the largest company by market capitalisation that operates cinemas […]
Written by Maarg Vaidya January 7, 2022January 7, 2022