NIFTY opened the day at 15,451 and moved nearly 180 pts up to find resistance at 15,630. At this point all the indices were trading well in the green, indicating an uptrend day. Surprising everyone, the index then fell more than 250 pts from the day’s high.

Major Asian markets except Taiwan closed in the green today. European markets are all trading flat to red.

IRB Infrastructure (+7.1%) closed in the green as the company received Rs 308 crore from IRB Pathankot Toll Road out of a total claim of Rs 419 crore.

Spandana Sphoorty (+20%-UC) shot up after the company said that its board and the founder Ms. Padmaja Reddy (Ex-MD) have resolved their issues.

Route Mobile (+8.5%) saw strong buying after the company announced its plan to consider proposal of buyback on June 28. 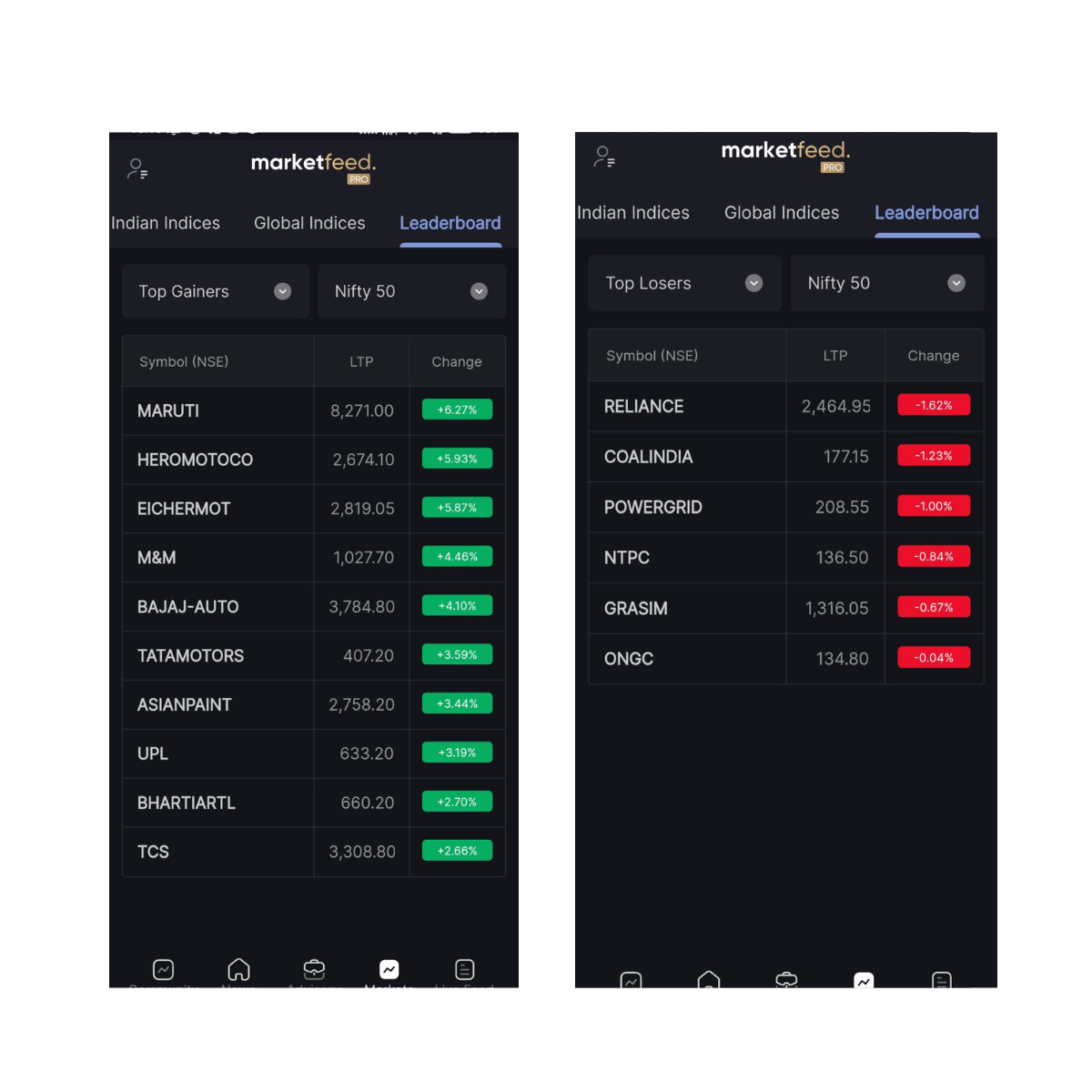 Do you remember those days when we all considered Nifty as less volatile?

Nifty was in an uptrend till 11 am and then it created a downtrend in the next two hours. Interestingly, during all the India VIX was so calm and closed just 1.9% down. As we discussed earlier Nifty is highly unpredictable now and has momentum on both sides.

Talking about Bank Nifty it looks like the index has strong support in the pre- Covid high near the 32,650 regions. We should be watching for a good weekly green candle from there to get some relief.

Vedanta is trading at the 220 region which has been acting as a major level since 2008. Keep a watch on the stock.

In the daily candle, Nifty is giving some positivity around the 15,350 region and RSI indicator is also supporting this. We may see some greenery in the near term, but don’t forget, ‘sell on rise’ is not yet over.

Today was a trap for both sellers and buyers. How was your day? Let us know in the comments section of the marketfeed app!

See you at The Stock Market Show at 7 PM!

Today’s Market Summarised Nifty recovers after morning fall and sees afternoon consolidation. Nifty opened the day flat at 16,646 and then fell nearly 100 points till 16,565. After 9:30 AM, Nifty started to move back strongly, breaking major resistance levels. It consolidated around 16,680 zone for a long while and after 2 o’clock marked a […]

News Shots  HFCL approved the allocation of 8.72 crore shares at a price of Rs 68.75 each via qualified institutional placement. Bajaj Electricals is reviewing its corporate structure to unlock growth and consider demergers, subsidiarization and strategic partnerships. Board has authorised management to consider housing power transmission and power distribution business verticals as a standalone […]

Nifty and Others Fall, but Bank Nifty helps to recover! – Post Market Report

News Shots TCS will report its March quarter results today. Analysts so far are anticipating a 2.8-4 per cent sequential growth in sales and 5-10 per cent QoQ growth in profit. Infosys will decide on a buyback programme, along with March quarter earnings, in its next board meeting on April 14. After year-long negotiations, the […]

News Shots Kotak Mahindra Bank has completed the acquisition of a nearly 10 per cent stake in KFin Technologies for around Rs 310 crore. Power Grid Corporation of India has approved investment proposals worth around 552 crore. The country’s largest carmaker Maruti Suzuki India witnessed a 26 percent drop in production last month, owing to […]

Here are some of the major updates that could move the markets today: Stocks Nayveli Lignite Corporation has appointed Engineers India as a project management consultant for its 1,200 TPD lignite to methanol project. This landmark project is expected to be commissioned in 2027. GR Infraprojects subsidiary GR Bandikui Jaipur Expressway Private Limited has executed […]

What do you do when you want to purchase something outside your financial limit or face a sudden money crunch? Decades ago, people used to run to a nearby moneylender who charge high-interest rates. But things are much simpler now! Credit cards allow you to borrow money for almost a month at zero interest rates. […]
Written by Anand P M June 6, 2022June 6, 2022

Zomato Q4 Results: How Has The Food and Delivery Platform Fared?

Zomato got listed in July 2021. The food delivery platform’s share price has tanked by nearly ~42% since then. Amidst tough economic conditions, the company is trying to expand into the B2B segment with Hyperpure, growing breakneck, and keeping up with peers like Swiggy, Zepto, and Dunzo.  Zomato had recently announced its Q4 results for […]
Written by Maarg Vaidya May 31, 2022May 31, 2022

Major IT Stocks are Falling! Find Out Why!

The stock markets have not been kind to investors over the past few months. Foreign institutional investors (FIIs) have pulled out nearly Rs 1.65 lakh crore so far from the Indian equity markets this year. Major IT stocks (mostly considered defensive stocks historically) have been under heavy selling pressure. The NIFTY IT Index has fallen […]
Written by Cherian Varghese May 26, 2022May 26, 2022