Market once again consolidates in the day, with a small bearish sentiment after the RBI Governor’s speech.

Nifty Bank(-1%) closed as the worst performing sector in the day. Nifty Metal(+1.35%) was up followed by Nifty Media(+1.02%). All other sectoral indices closed flat.

Asian markets also closed flat with a bearish bias. Interestingly, European markets are all trading flat and in the red.

RBI’s Monetary Policy Committee maintains Repo Rate at 4% while keeping all other rates the same as well. The central banker of India reduces FY22 GDP forecast to 9.5% from earlier estimate of 10.5%. Markets expected the same so no significant move happened.

Adani Enterprises once again shot up in the day, gaining 7.44%. With this, the stock has gained nearly 30% this week. Adani Power is up by 4.9%

Coal India is said to raise the reserve price for the upcoming auction of coal. The stock closed 2.75% up. Along with this, NMDC went up 4% As private miners are said to likely have hiked prices.

Shares of Grasim hit a new 52-week high and closed as Nifty 50’s top gainer. You can read more about the company here.

Jaguar Land Rover’s sales data for May from U.K was published. Total sales for May stood at 7,858 units, up 526% YoY and down 6% compared to last month. Tata Motors closed 2.8% up.

Also, Tesla is looking to bring its Model 3 cars to India by July-August for testing.

Along with other NBFCs, Bajaj Finserv, Bajaj Finance and HDFC showed up on the top-gainers list with small gains.

With rising international crude oil prices, ONGC shares closed 2.4% up in the day. The stock is up nearly 12% this week.

Bharat Forge reported Q4 standalone net profit at Rs 205 crores against a loss of Rs 11.5 crores last year, and a 65% increase compared to last quarter. The stock shot up and closed 7.9% up.

Sources say Niti Ayog has sent IOB(+10%) and Bank of Maharashtra(+13%) names for privatisation policy to Dipam and the Department of Financial Services. The stocks moved up.

Sources say Axis Bank is in talks to acquire Spandana Sphoorty. The finance company’s stock closed 8% up after being up nearly 20% in the day. It was up 20% yesterday.

Top banks including SBIN, HDFC Bank, ICICI Bank and Axis Bank featured in the top-losers segment of Nifty 50 with 1% losses. 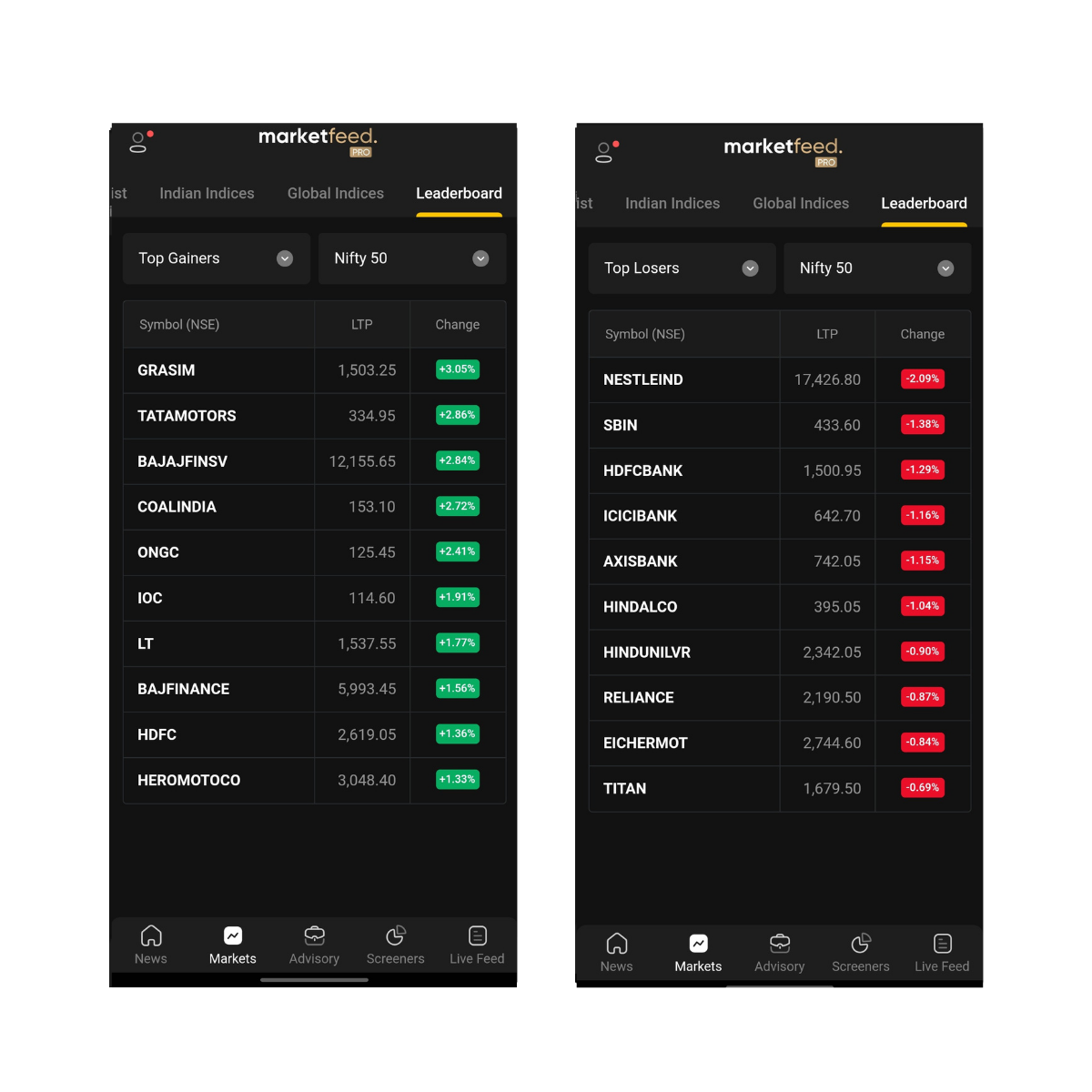 With the RBI reducing India’s growth outlook for this financial year, the market saw some selling near the top. Weakness was seen in many banking stocks as well. But even when Nifty fell to 15,600, buyers kicked in to take the index back up.

Also, midcaps and smallcaps again outperformed by closing in the green, while Nifty fell. If you look at the candlesticks Nifty has created in the 1D chart, you can see that there is a loss of strength.

Interestingly, the RBI Monetary Panel has asked the Governmet to cut petrol and diesel taxes. Increased prices in fuel usually pushes up inflation.

Another week has gone by, and Nifty has closed with an amazing 270 point gain from Monday. I personally feel that the next week would see consolidation around this zone.

With India VIX being low, there is a consolidating market condition now. The high number of Call Options being written around 15,700 also indicate that Nifty’s rally might take a break next week.

How did this week go for you? Nifty has hit all-time highs, so how are your swing and intraday results for the week? Let us know in the comments of the marketfeed app.

News Shots IDFC Financial Holding Company writes to IDFC First Bank informing it on value unlocking plans. IDFC’s board has approved the sale of IDFC AMC Union Bank of India has cut the home loan rate to 6.4% for the festive season. New rate is to be effective from October 27. It comes as the […]

News Shots U.S.-based Adagio Therapeutics Inc. has granted an exclusive license to Biocon Biologics, a subsidiary of Biocon, to manufacture and sell an anti-body treatment for Covid based on ADG20 for India and some emerging markets. IDFC First Bank to consider raising funds in the July 31 meeting. The board of directors and shareholders of […]

Today’s Market Summarised Markets crash down after gap-down opening and manage to recover slightly in the afternoon. NIFTY opened the day at 16,840 with a big gap-down and fell sharply. It tried to consolidate around 16,580 but failed to hold the level. With more selling, the index touched a 4-month low near 16,400. There was […]

Today’s Market Summarised A day of high consolidation near all-time highs for Nifty. Nifty opened the day at 15,848 and was very volatile. Even though it tried to move up, the 15,900 level from yesterday could not be crossed. Huge selling pressure was seen in Nifty, pulling it down to 15,750. Even though the index […]

Today’s Market Summarised Markets move sideways after morning volatility. NIFTY opened the day at 17,204 and fell 60 points. This fall was gained back in the first 5 minutes and the index made a quick rebound to day-high. From here, consolidation in a wide zone was seen and NIFTY ended the day at 17,203, down […]

News Shots Reliance Industries became the first Indian company to reach 200 Billion USD market capitalization, after it rallied 7% yesterday, giving all of us handsome profits. There are also reports saying that Reliance is in talks with Amazon for a round of investment. The interest on interest case has been postponed by the Government […]

Today’s Market Summarised Bank Nifty takes the backseat while NIFTY rallies with huge power. Nifty opened the day flat at 16,942 and was bullish. The index quickly created a fresh high near 16,990 before falling 80 points in 15 minutes. But after this, the market saw huge bullishness. Nifty crossed the 17k mark with ease […]

An Analysis of Ashok Leyland

The Hinduja Group’s Ashok Leyland has produced some of India’s best buses and trucks over the past seven decades. From school buses to army trucks, the company continues to play a vital role in our country’s development. In this article, learn more about Ashok Leyland Ltd, the second-largest manufacturer of commercial vehicles in India. Ashok […]
Written by Cherian Varghese January 12, 2022January 12, 2022